this, of course, is how it looks to me only!

The core of Buddhism starts with the realisation that ultimately everything we experience is unsatisfactory or imperfect in one way or another. No duh! Maybe you already know that!

Then comes the insight that every "suffering" we experience is ultimately caused by our clinging to the idea of “Self”, and to our desires.

The understanding that everything is interdependent and connected, and has no intrinsic center of its own, is helpful in following through on this insight.

The practice of buddhism is just one way to structure and assimilate a path that actually we are all already on. It is very helpful to have this structure until we can do it on our own. 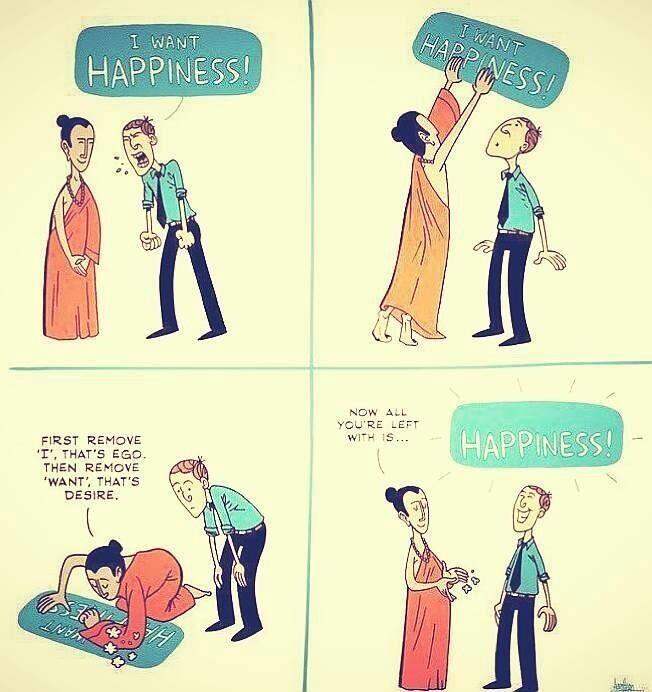 But, if we examine this idea of self, we can't find it! So, this suffering can be eliminated by seeing clearly that there is no self, and nothing belonging to a "self" (emptiness). This sequence of concepts is part of the Four Noble Truths.

Buddhism also believes that one can follow this path, and gain the knowledge to eliminate suffering, by oneself, without having to follow others. 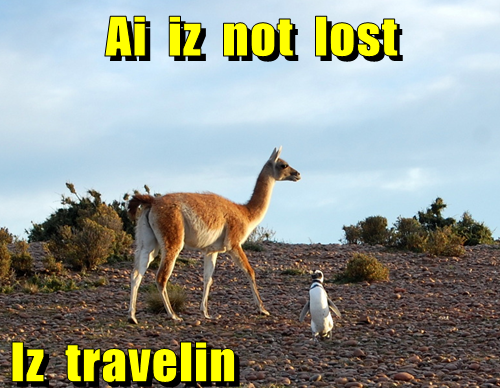 All the schools, rituals, teachers, readings, commentaries, and so on are only different 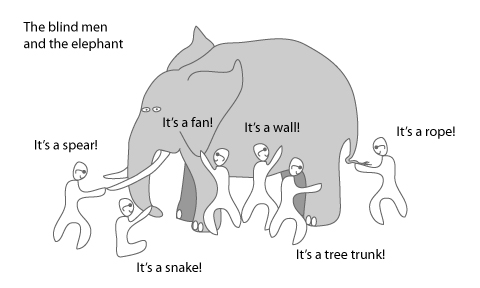 ways of explaining the unexplainable for different mindsets and cultures.

Pretty simple!
Uh. Well yeah.
Then there's ... actually the "practicing" part.
go to: one place to start - lo jong living by it ... oh. dang. Looks like go to: some practices for doing the work work.

This Web is a collection of information on Buddhism. It is collected for my own use as part of studies , and posted as a Web in case it is of value to anyone else.

The information here is not promised to be comprehensive, complete, or even correct. It is in no way intended to be a (and it would be terrifically audacious of me to even think of such a thing)definitive resource, but as one of many starting points for exploring the ideas of Buddhism.

The focus started with Mahayana Buddhism, and now is pulling in more theravada as i learn more, but is drawing on what i think of as the core ideas of Buddhism from all traditions. Some information on Hinduism is also included, with the thought that Hinduism is the mother of Buddhism. And information on the Mongols, whose unique relationship with Tibet helped enable Buddhism to survive, and also whose history had a direct bearing on the Tibetans' situation today. A couple of other side trips are taken because of personal interest.

The content on these pages is excerpted or summarized from the works listed in the bibliography and links pages, referenced as best i can, and subject to whatever copyright or license is stated in the original work.

The hosting for this site (and many others) has been provided for many years by our benefactor Jeff Lebow of TibetBridges.

The author of these pages makes no pretense to know anything. Just trying to learn, and since i am a Web-maker, i learn by making Web.

The original buddhist teachings and mantras were spoken only, in a language similar to Pali and passed down in Pali, Sanskrit, and other languages as well. The original languages did not have a written form; so there isn't one form of writing in which the original texts were written. (source: WildMind.org)

Then these teachings have been passed down over centuries upon centuries, as the spoken languages changed, and were also preserved in Tibetan and Chinese, two completely different language families, and in other languages as well. This is a helpful thing to keep in mind when we encounter puzzling pronunciations and interpretations!

the definitive words - which language?

When i started this Web i was learning through Tibetan Mahayana, so i was mostly pointing to the Tibetan for the definition, and giving the word in other languages. Such as chenresig being the center for definition of avalokiteshvara, kwanyin, bodhisattva of compassion, etc. But sometimes i used English or Sanskrit or Pali for the "base" word for the definitions.

Since about 2017, i have been studying and practicing mostly from the Pali tradition, and learning some of the the original Pali words. So my newer entries are using the Pali words as the base. And sometimes i have changed an existing entry to point to the Pali word rather than the Tibetan, with the idea that eventually they would all point to Pali.

But i haven't really decided on this fully yet -- whether i should point to the Pali for all ... or, since the site is in English, should i point to the most familiar English word for each concept ... like with metta, loving kindness (but then, most familiar to who? in what context?) ... So yeah, i'm still figuring it out :)

the words - which translation?

Then there is the question of what translation to use for a concept. For example, dukkha is traditionally translated to English as 'suffering'.

But the original Pali word doesn't mean suffering. As i understand it, dukkha means more like 'discomfort', and literally means 'sourness'.

My undertanding is that the first translations of all Eastern Buddhist texts into Western languages were done by Westerners of various Christian schools. So they converted the words and concepts into what they understood, which was Christian concepts — traditional, and often rigid, ones, and pretty far away from the Buddhism concepts!

So again, what to do -- for brief explanations, just use the words that most of us are already familiar with, like 'suffering', 'loving-kindness', etc.? Or choose some teacher's translations? Or my own? Which may cause different kinds of confusion?

So i've been experimenting with that in some of the definitions.

It is only in relatively modern times, as population has grown and different peoples have bumped up against each other, that the inflexible concepts of "nation-states" and "country borders" have developed, with rigid physical boundaries and discrete wall-to-wall governments. These don't really represent the realities of people's lives.

I am using uncapitalised names such as "tibet", "china", as shorthand for geographical areas where similar peoples lived and identified with; not to imply any state or nationhood. Therefore also for the people of those areas: “tibetan”, “mongol”, “chinese”. I will only use Initial Caps when referring to a nation-state government itself, rather than an area of people, and also for designated forms such as Tibetan Buddhism, Tibetan language, etc.

I have chosen to replace all pronouns when possible with we, they, them, their.

but jaaaaaames wtf whyyyyy????
It is as well as personal experience my understanding that there are more than two genders ideas: gender ref coming upref TBD (as well as none) ideas: gender ref coming upref TBD, and also that within us are really multiple selves ideas: multiple selves ref coming upref TBD (and at the same time, no self ideas: no self ref coming upref TBD.
The English language so far doesn't have pronouns to express these concepts, (there have been several attempts to instate some, but seem mostly limited to concepts of binary and/or sexual relationships).
I am very happy with the we/they/them/their solution; the english works fine for me. If you have any problems with it, please too bad; so sad; my little tiny violin is playing sad songs for you!see here.

but jaaaaaames wtf you keep forgetting to uppercase "I".
I have never understood why the individual self should be emphasised.

The code which constructs this Website itself, and my few original words in the site pages, are licensed under the gpl. (Summary: If you want it, you can have it! Pass it on.)

(Yup, that's a lot of “power”, isn't it? But in this case it's power in its real and basic meaning: Not as overpowering someone, but as “the thing that facilitates” ... gives it the energy to run!)

May all beings be happy.